Alice Herbst graduated from the Gerlesborg School of Fine Art in 2017 and since then she has developed her abstract figurative style with influences from both impressionism and the postmodern era. She describes her paintings as experiences and stories encapsulated and translated in to symbolic stills.

Her paintings depict places where the barrier between time seems to fade. Where her made up characters play the leading role in the story, sometimes they are Alice herself dressed up and influenced by history and identity.
“Her work has been exhibited in Sweden and internationally, her work has been described as depicting beautiful women being staged in a vintage manner, creating an environment that visually gravitates towards the stark and sombre realism of Lucian Freud and the suspenseful voyeurism of Alfred Hitchcock.” 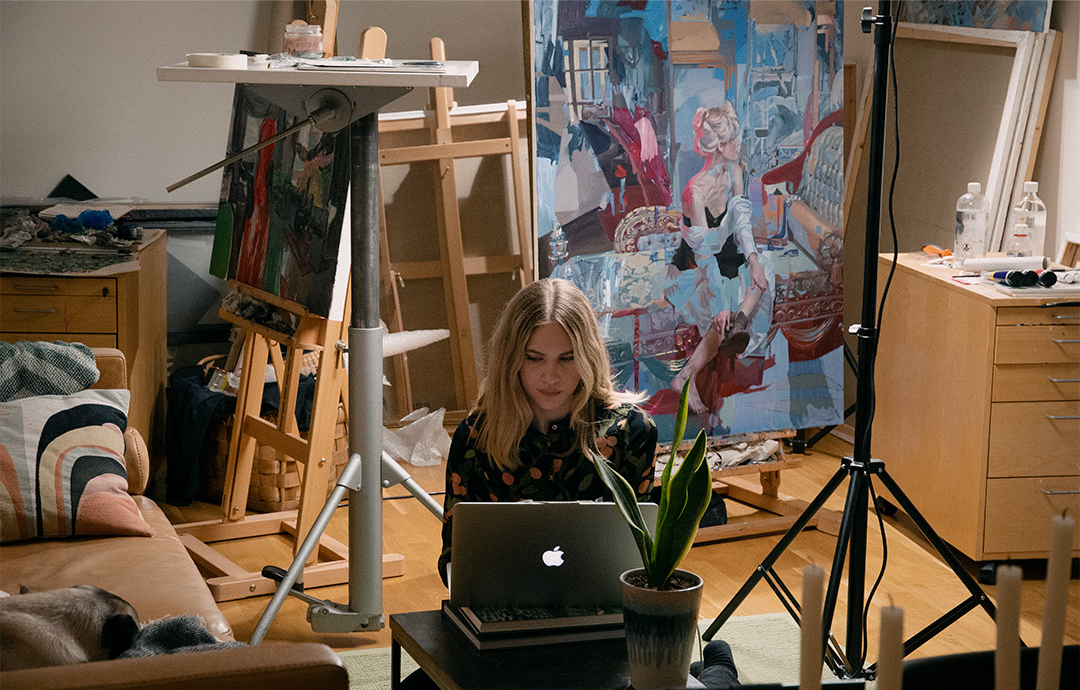